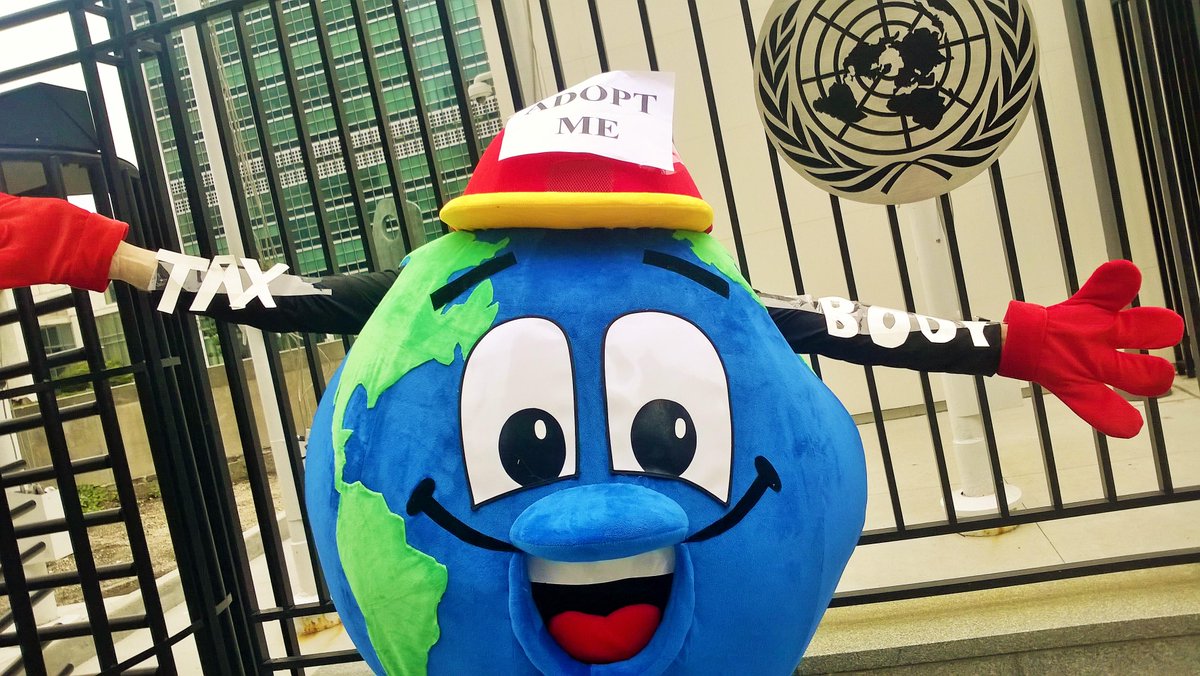 It’s only a few days until the start of the Third UN Financing for Development summit in Addis Ababa. This is the key crunch point for discussions on if and how the international tax architecture might change to better accommodate developing countries in decision-making. Although the debate about strengthening the UN tax committee (UNTC) from its current impoverished and non- governmental status has been simmering for years, developing countries and NGOs seem to be throwing themselves into it this time round with more enthuisiasm than in the past. Yet the most recent draft of the Addis outcome document has only two modest commitments:

To this end, we will increase the frequency of its meetings to two sessions per year, with a duration of four working days each. We will increase the engagement of the Committee with the Economic and Social Council (ECOSOC) through the Special Meeting on International Cooperation on Tax Matters with a view to enhancing intergovernmental consideration of tax issues.

Over on his ever-insightful Uncounted blog, Alex Cobham points to three possible outcomes: the OECD retaining leadership, a shift towards the IMF, and the creation of the intergovernmental tax body that campaigners want. This builds on the analysis put together by Eurodad [pdf], summarised in a short post. What I intend to do here is to step back a little from the advocacy messages and think both concretely and theoretically about what that ‘stronger UN’ option really is.

To begin with, there are no binding global tax rules. There are standards and models, but they only have legal force when countries use them as the basis for national law or bilateral treaties. (Although in some instances international tax rules do arguably have a ‘soft law’ role, such as the way courts may refer to the model commentaries when interpreting treaties, or the way a Kenyan court upheld the OECD transfer pricing guidelines in the absence of national guidance [pdf]). But international norms do have two important strengths:

In the area of information exchange, there is the Global Forum peer review process, which relies on the threat of counter-measures, and there is the Multilateral Convention on Mutual Assistance, which is binding, but far from universal.

Campaigners want to change this situation, I think, in two ways. First, they want non-binding standards that better suit the needs of developing countries. This might mean, for example, transfer pricing rules that are easier to enforce, model treaties that give greater scope for source taxation, or a country-by-country reporting standard that entitles all countries in which a multinational operates to the information. Second, they want to create or expand the category of binding global conventions that would force developed countries and tax havens to comply with developing countries’ preferences. This would include for example mandatory global automatic information exchange, mandatory public country-by-country reporting in the home country of a multinational company, and perhaps some kind of mandatory approach to CFC rules that shields developing countries from profit shifting. You can see these two themes in the Eurodad Q&A document:

The overall purpose of the intergovernmental UN tax body should be to ensure that countries do not erode each other’s tax bases, and that the international tax system is transparent, coherent and supports equality and development. In order to do this, the body would have to address a number of different issues, including base erosion and profit shifting, tax and investment treaties, tax incentives, progressive taxation, taxation of extractive industries, harmful tax practices, beneficial ownership transparency, public country by country reporting, automatic exchange of information for tax purposes and alternatives to the arm’s length principle. In order to ensure that the mandate of the tax body is broad enough to tackle all these issues – as well as new issues that might emerge – it’s important that the mandate is not too narrow and specific.

In the longer run, and with a view to ensuring implementation of the decisions of the tax body, we should have a legally binding UN Tax Convention. Developing such an agreement should therefore be one of the key tasks of the intergovernmental body

Why we have it

In international relations thinking, there are broadly three themes that different scholars use to analyse what international institutions are and what function they serve. They boil down to power, preferences and ideas.

From this perspective, international institutions are merely tools through which dominant states exert their power. This would lead us to conclude that any realignment in the politics of international tax will (or will not) happen regardless of what goes on at the UN next week. An upgraded UN committee wouldn’t create change, rather it would simply reflect a shift in the underlying power dynamics. The annex to the UN transfer pricing manual, and the participation of developing countries in the BEPS project, already illustrate this. The way to get better outcomes for developing countries would be to bolster their capabilities, rather than to realign institutions, which would play no causative role in itself.

A second way of looking at things is to put power to one side and think about collective action problems. In this view, states create institutions because they need some kind of coordination mechanism to help overcome the natural incentives that make cooperation difficult. Cooperation to deal with double taxation is described by game theorists as a coordination game (also known as a ‘battle of the sexes‘ or ‘Bach or Stravinsky’): everyone wants to reach an agreement, the difficulty is just finding a ‘focal point’ around which to converge. The model treaties are focal points that represent the widest possible agreement at international level, but leave the hard bargaining on non-consensual issues to the bilateral setting.

If this is the case, international tax institutions’ most important roles are entrepreneurship and signalling. They create focal points around equilibrium solutions from which everyone will benefit. Critics of the current regime argue that even when using the UN model treaty, the resulting treaties benefit capital exporters more than developing countries, who have to make most of the sacrifices of taxing rights. They want to see a more radical (or stripped down) UN model. But if the role of the UN model is to signal an equilibrium point, making it more radical might mean that it ceases to play this important role, because in fact it doesn’t represent a possible equilibrium between different groups of countries any more. This might come at the same time as the OECD instruments cease to play that role because developing countries are also beginning to deviate from them. The goal here would be to find a new equilibrium, from which developing countries benefit more, but on which everyone (or enough countries) can still agree.

The third lens we can use begins from a fundamentally different point of view: that the international context can change the preferences of diplomats, and hence of countries themselves.

Perhaps the most important outcome of the inter-war years was to begin to create a community of international tax specialists…a community within which ideas and perspectives as well as economic advantage could be traded. It was these direct contacts between specialists which filled the gap created by the difficulties of resolving by any general principles the issues of international allocation of the tax base of international business.

If this ideational process among tax diplomats is an important part of the puzzle, what role does the UN committee play? Is it a forum through which delegates from developing countries develop their own shared agenda, or one in which they become complicit in an OECD country-led agenda? Consider two pieces of evidence from British civil service files. This first, from a Ministerial briefing note in 1976 on the stalemate in tax treaty negotiations with Brazil, illustrates that some British officials saw the UN as a tool to ‘educate’ developing countries:

Our view, which is shared by the Americans and the Dutch, has been that it is of little use to try to “educate” developing countries – at the United Nations Expert Group on tax treaties and elsewhere – about acceptable international fiscal standards if, when it comes to the crunch, we are prepared to sacrifice principle in order to secure an agreement.

Here, in contrast, is how Kenyan negotiators used the knowledge they gained from attending UN meetings to bolster their argument for a management fees clause in their 1973 treaty with the UK, even though such a clause is only being added to the UN model some 40 years later:

Mr Cropper [from Kenya] said that Kenya’s proposal was only intended to close a loophole and he did not see why there should be any objection to it. It was a point which had been raised by a number of countries in the UN Group of Experts…Mr Cropper said that there had been a big change in developing countries’ attitudes in the UN Group of Experts…Mr Ihiga [also from Kenya] said that modern thinking was that a withholding tax on management fees was justified.

How could a restructured UN Tax Committee achieve that? ‘Upgrading’ advocates generally name three categories of reform. Let’s consider each in turn, in the light of the above discussion.

While it would have some effect on the UNTC’s prestige, funding and composition, the major change that this would create would be to politicise the UN committee. It would mean that national members were more accountable to their home governments and to civil society. Like other issues such as trade and climate change, the shifting balance of power between developed and developing countries would probably increase the areas in which there was a stalemate. Politicisation would also allow campaigners in developed and developing countries alike to work at that national level to act as allies of radically positioned developing country officials, potentially increasing their negotiating capabilities, but crucially also changing preferences at national level.

A second impact would be that it would allow countries to send the most relevant person for a given discussion, and so the UN committee could expand its work onto a wider variety of issues. I don’t believe that it would deliver an international convention that would bind developed countries and tax havens into new rules any time soon, because the power relations are not yet aligned in that way, and because it’s hard to see a solution around which national preferences are aligned.

This would create a more autonomous secretariat that might be able to compensate for developing countries’ more limited technical capacity in UN discussions, doing some of the work to assuage objections from developed countries and so find more developing country-friendly focal points. It would also make the secretariat more visible, enhancing the prestige of UN instruments, just as senior OECD secretariat staff travel the world promoting its instruments. More funding for more frequent meetings might allow the committee to work faster, keeping up with changes at the OECD, but this would depend in part on developing countries’ capacity to participate.

In conclusion, the development case for a better-resourced, more transparent UN committee is compelling. But the committee’s impact will continue to depend on the uptake of its instruments by countries in national laws, bilateral treaties, and adherence to any new binding multilateral convention. For this reason, ideas and preferences in developed and developing countries will need to change, alongside developing countries becoming more capable actors in international negotiations. A more dynamic, politicised UN committee might help to create those things over time, but in the meantime I think it is just as much at the national level that campaigners need to focus their attention if they want to change international outcomes.